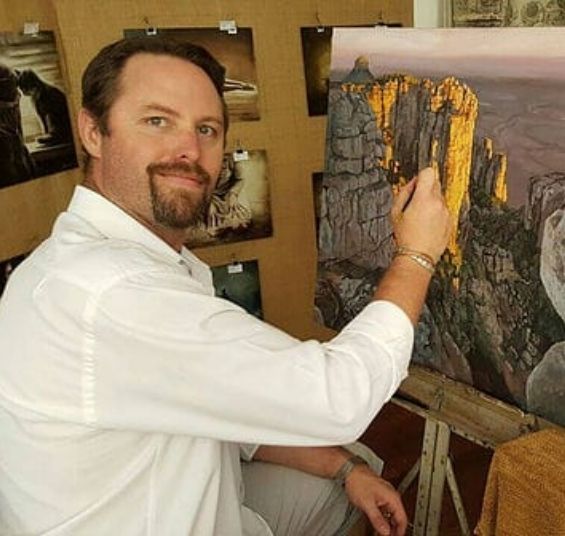 Ryan was born in Pretoria and matriculated from an environmental school in Natal called Treverton.  He graduated from TUT in 1998 and continued painting part time.  After a sell out exhibition in 2007 he made painting his full time career.

Following the tradition of known SA artists such as JH Pierneef, Pieter Wenning, Walter Meyer and Gregoire Boonzaier along with impressionists influence like Caillebotte, Monet and Van Gogh, Loubser paints the SA landscape, its places and people.  He loves to travel and explore SA and it is during his travels that he collects the imagery that is later translated onto canvas.  A strong observation of light and colour is central to his chosen composition.

Ryan has created his own signature “cubistic” style called Fractionism after the influence of Picasso.