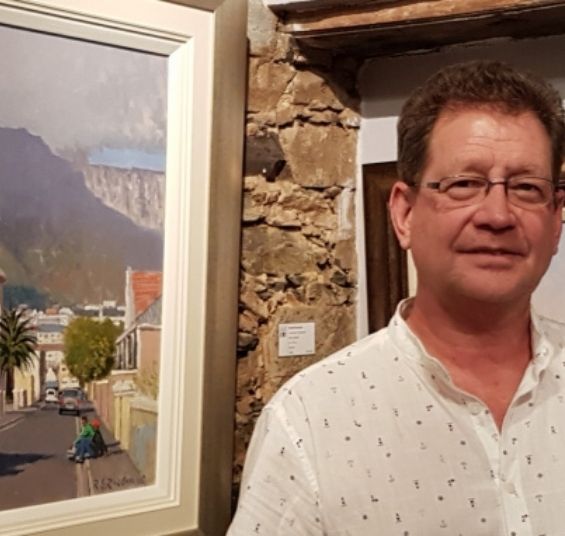 Born 1957 and grew up in Benoni, near Johannesburg. In 1976 he completed school at the Kimberley Boys’ High. He started drawing aircraft at the age of four and painted his first oil at the age of only fourteen. A painter of figures, city and landscapes, street scenes, parks, gardens, marine and architectures. Works mainly in oils, but also in collage, acrylic, pastel and mixed medium.

1977 – 1978 Artist for the School of Artillery during his National Service.

Swart gaining a National Diploma in Art and Design.