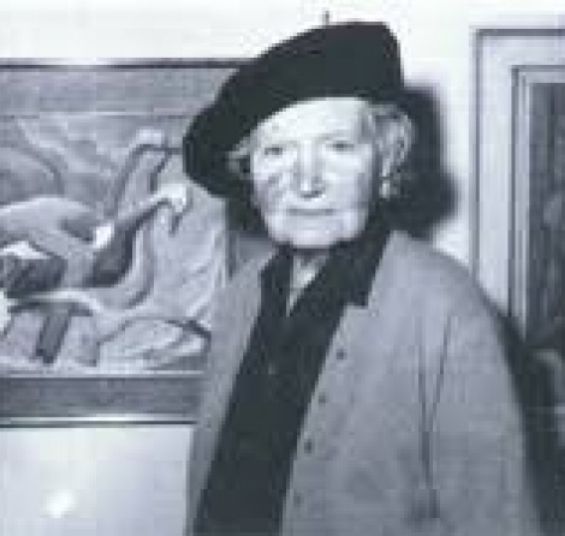 A painter of Landscapes, portraits, genre and still life. Her work is characterized by bold, bright colors and simplified subject matter. Worked in oil and occasionally in gouache. Painted Cape farms and fishing villages: during the 1930s a series of birds and cats, while during the 1930s her work became more abstract.

Strongly influenced by the German Expressionists particularly Schmidt-Rotluff and Marc, with whom she was in contact. From 1922 a close friend of Irma Stern (gv). 1907 a member of the SA Society of Artists, 1912 worked as a teacher in the Transvaal. A film of her life was made by Union Department of Education and Rembrandt Ltd.