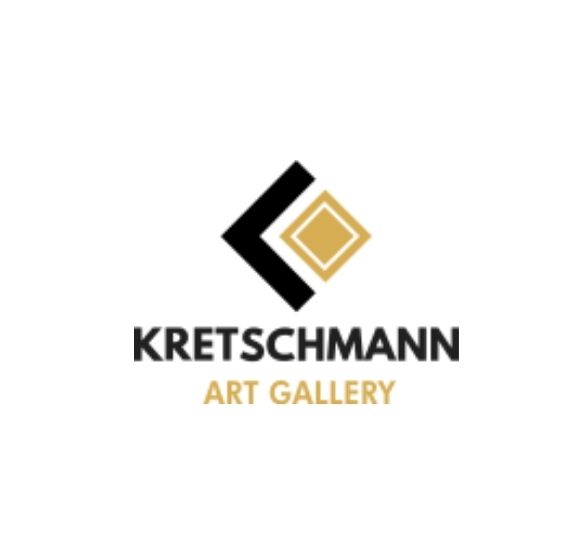 He is fascinating that an artist, who was living in a shelter in Johannesburg as little as 10 years ago, has become such an international success. Wakaba is currently exhibiting at the United Nations in Geneva and was commissioned by SAB to produce a painting that captures the essence of their premium label, Pilsner Urquell.
With no formal art training, this talented young artist is creating a major stir amongst South African and International art collectors alike. Wakaba boasts sell out shows in New York and Philadelphia and has traveled and exhibited extensively both locally and abroad.
It is often argued that Wakaba’s lack of formal art training has given his work an attractive roughness and integrity of its own. His works are uniform in their power, each having the gift of capturing a mood with such honesty, so as to literally stop the viewer in his tracks.
“Having lived in a shelter in Johannesburg, surviving from the sale of empty Coke bottles, I experienced and learned to understand poverty and the harsher side of life. These experiences have taught me to treasure life and have inspired me to recreate this love of life through the medium of art.
This love of life clearly shows itself within my paintings as a raw energy. I have no formal art training and have therefore never been taught how to instill this “power” in my pieces, it simply comes naturally.
I have heard artists say that their painting takes much from them; however it is as easy and as necessary to me as breathing or talking. I don’t need to spend much time thinking and planning my pieces; they are quite simply inside me, and literally force themselves from me, onto the canvas.
I have traveled throughout the world, Dubai, U.S.A, France, throughout Africa (19 countries) and made it my passion to study and learn from other cultures. I find Kwazulu Natal an area especially rich in culture and traditions and have chosen to live and paint from this exciting, totally African province.”
Wakaba is an extremely versatile artist and works in various mediums including oil, acrylic and interesting textures made from mixed media such as Hessian. His works can range from modern contemporary to ultra realism.
Since 2001 Tony has taken part in numerous exhibitions including various in the United States, the United Kingdom and all over South Africa. He has developed a strong following of loyal collectors and his work has developed from strength to strength.
His travels and unique experiences with no formal training and little contact with other artists has infused Tony’s work with a character all of its own. Strength, unique use of materials and mix media’s, colour combinations, sizes, shapes and subject matters.

He has completed a record cover for Gallo Records – Mbongeni Ngema’s Simuke Ndwendwe, various portraits of scenes from Ngema’s musical The Zulu, sold to Chris Tucker the African American actor, Liberty, Africa Bank, S’bu Ndebele The Premier of Kzn, King Goodwill Zwellithini, Moreland, IFA (major shareholders in The Palm Resort in Dubai and owners of The Fairmont Hotel in Dubai), exhibited at The New York Art Expo, Philadelphia International Black Arts Festival, The Brooklyn Academy of Music, Antiquarius Gallery Soho New York, Madiba Restaurant Brooklyn NYC, The S.A.Cardiff Trade Show, The Nedcor Building World Summit and in the delegates lounge at the Indaba Tourism Convention in the Durban International Convention Centre amongst numerous of the top South African home and décor shows.
Tony was one of 39 top artists from around the world that were chosen to take part in the recent collaboration between them and Mr. Nelson Mandela. These artists included Willie Bester, Marlene Dumas, Beezy Bailey, Sam Nhlengethwa and Velaphie Mzimba amongst others. Tony’s works received the most interest and were the first to presell prior to the recent controversy.
In 2005, Tony was commissioned by Moreland, IFA and The Department of Transport to paint a tripeque to celebrate the opening of the M4 on the Natal North Coast. One piece went to Moreland, one to The Department of Transport and one to IFA.
In the same year, 2 of Tony’s paintings were auctioned off at a celebrity studded charity event in Los Angeles during 2005 with all proceeds going to benefit children with HIV Aids.
He was also recently commissioned to paint a work for the Nicholas Rey Foundation Trust. This painting entitled “Free Spirit” was auctioned off at a prestigious charity ball at Sibaya casino in October 2005, with all proceeds going to benefit the Foundation. Tony’s nature is such that he has also agreed to ride a horse in a celebrity race prior to the event in order to raise further funds through sponsorship and raise publicity for this good cause.
Another painting entitled “You must know where you came from to know where you going” was auctioned at the International Bank Vaults annual charity ball in December 2005. The piece a 90x60cm raised almost R20 000 to benefit Noah at a star studded affair at the Durban Convention Centre.
Wakaba was invited to exhibit at the Zorgvliet, Le Chamonix and Boschendal wine estates in Cape Town in November and December 2005. One of his paintings was auctioned off at the Le Chamonix exhibition with all proceeds going to benefit a local charity.
2006 has been an extremely hectic year for Wakaba. This included 2 one man showings (Kizo in Durban and VEO in Cape Town), selected by Decorex as part of the Decorex Kizo Art Awareness Program as the preferred artist for their Cape Town show, selected as one of the artists to take part in an upmarket exhibition at the Aston Martin showrooms in Sandton, exhibited in August/ September 2006 at the United Nations in Geneva, selected by Ernst and Young as their preferred artist for a function in Durban in September, collaborated with 20 top South African and 46 respected Indian artists to exhibit in India in September (exhibition inaugurated by the President of India), and then in Durban in October as part of the official Satyagraha Celebrations.
Media coverage has been extensive in 2006 as can be witnessed on Googles search engines. Wakaba has been dubbed the “African Van Gogh” and has had coverage in numerous TV, Radio and print media including Reuters interview for international distribution, full page Mail and Guardian review and mention in a recent Business Day article as one of the African artists to invest money in.
In March 2007, Wakaba donated a painting to Clifton school in order to raise money via the sale of the limited edition signed prints. Full proceeds will go to the school tour. The signed prints are available via Clifton and the Kizo Art Gallery at Gateway.
Wakaba played a central role in terms of The Heritage Arts Festival, the premier arts festival in Kwazulu Natal in September 2007. He painted a painting to honor Chief Albert Luthuli.

This is the beginning of his current “Freedom Fighter” series. Wakaba has begun an exciting project that involves the capturing of that “Watershed” moment in a “Freedom Fighters” life that made him/her decide to do something to change his circumstances for the benefit of all. Wakaba completed a portrait of Chief Albert Luthuli in 2008 that was purchased by The Chief Albert Luthuli Museum.

Wakaba was then commissioned to paint a portrait in honor of John Langalibalele Dube.