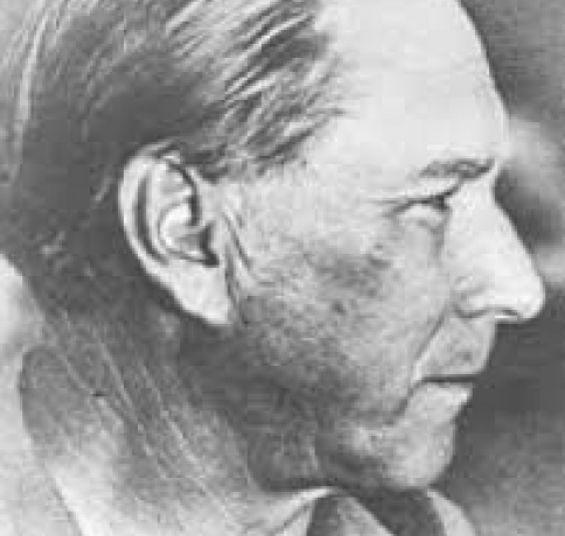 Pierneef was born in Pretoria, from Dutch parentage. He started his high school career at the Staatsmodelschool (literally “model state school”) there, where he took his first art classes, but it was interrupted by the Second Boer War. Due to the war, the Pierneef family decided to move back to the Netherlands in 1901. While there he studied at the Rotterdamse Kunsakademie. During this time, he also came into contact with the works of the old masters, which left a lasting impression on him. Pierneef returned to Pretoria at the age of 18, where he met with and was encouraged by already established South African artists such as his godfather Anton van Wouw, Hugo Naude and Frans Oerder. His first public exhibition, where his work was generally well received, was with van Wouw and Naude in 1902. He worked at the State Library during the night for almost ten years and painted in his studio during the day. In 1910, Pierneef married Agatha Delen, a woman 12 years his senior.

In 1918, Pierneef left the State Library and started a career as an art lecturer at the Heidelberg (South Africa) College of Education. During the following year, he also started teaching drawing at the Pretoria College of Education. These positions gave him the opportunity to focus on his art and he participated in many successful solo and group exhibitions during 1920 to 1921. Due to the recognition that he received, Pierneef realised that he was setting the trend for a unique South African style. Personally, it was a difficult time in his life – his wife Agatha suffered from a mental disorder and also started to lose her sight.

Pierneef resigned as lecturer and became a full-time painter in 1923, due to differences of opinion regarding the curriculum with the Department of Education.
Pierneef visited South-West Africa (now Namibia) from 1923 to 1924, where he sketched extensively for paintings that would later be completed in his studio. These would later be considered some of his best works. Despite his successes, he was experiencing some financial difficulties, and had to resort to other jobs in order to make ends meet. During one of these, an advertising project to sell the land around Hartebeespoort dam, he met his future second wife, a Dutch woman named May Schoep. Pierneef divorced Agatha in 1923 and married May in 1924.
The couple visited Europe from 1925 to 1926, where Pierneef promoted his art and also studied the newest art movements. He also held a solo exhibition in the Netherlands, where his Bushmen drawings drew great attention.

In 1927 Pierneef’s daughter was born and he held a very successful exhibition of 86 of his works in Pretoria. However, during his solo exhibition the following year, he had some abstract modern works on display, which were very badly received, forcing him to revert to his old style.
Pierneef accepted a commission in 1929 to paint 32 panels for the interior of the then new Johannesburg Railway Station, a task he completed by 1932. The panels are still on display today in Graaff-Reinet and are considered to be some of his best work. In 1933, he was commissioned to do seven murals for South Africa House, the South African embassy on Trafalgar Square, London. Pierneef completed this work in 1934.